. . .  what’s really disturbing and not nearly well enough understood is that inequality is a cause, not just a symptom, of the current crisis. By legislating an increase in the wealth gap, we are actually compounding our economic woes, because those in the lower 95% of the population, which does 71% of the spending, simply aren’t going to have any cash on hand, nor can they borrow. “High levels of inequality depress longer-term growth by depressing more broad-based consumption. You end up with a lot going on at Walmart and Nordstrom without enough going on in the middle,” notes Jared Bernstein, a senior fellow at the Center on Budget and Policy Priorities. You also end up with curtailed retail-employment growth, which will ensure that unemployment, at record highs for this stage of a “recovery,” will inch higher.

–Struck in the Middle – TIME Magazine

Let me say first that I’m a committed capitalist–having spent most of my adult life as an entrepreneur, teaching and promoting entrepreneurship, and recruiting and training venture capitalists and angels.   Economic systems are created by and for people to enable them to reach their personal and professional goals.   All the rules, guidelines, norms and infrastructure were created by people like us. (Well, actually not ‘us’ on the broader scale–there weren’t any women or people of color creating these systems unless they wereservants . . .  but I digress.)   And those systems can be modified, changed or undone if they no longer serve the true needs of most people.

While the income share of the nation’s top 1% is hovering around 20%–near what it was in the Gilded Age and up from about 8% in the 1970s–the rest of us haven’t gotten a raise in nearly four decades. The wealth gap between whites and blacks is now a chasm: according to a Pew study, the median wealth of white households is now 20 times that of

black households, making the gap nearly twice the size it was in the two decades before the Great Recession. Such inequality isn’t new, but it’s a problem that has been greatly aggravated by the financial crisis, which wiped out the housing wealth of the middle classes even as the richest Americans saw their stock portfolios rebound and their highly paid jobs remain relatively secure.

So let’s be clear with the Gordon Gekko’s of the world (or that lovely Lloyd Blankfein of Goldman Sachs). Unbridled, all-consuming greed is not good–not for those on the outside or even those pushing their acquisition of wealth to the statosphere, costs be damned.   People in a democracy will only ignore so much inequity before they push back — are we noticing what’s happening in the UK yet?   I’ve been fortunate to count an income (at times).  in the top decile in the US but I hail from quite modest, small town prairie roots.  I know both the bankers’ blow and the plight of the lower middle class.  And the good of us who have made good–and that includes most entrepreneurs I know–need to stand up and rebuild or create anew an economic system that works for all, before its too late.

What’s interesting is that if we had done more to prevent inequality, we might not have ended up where we are. A recent report from the IMF looked at the causes of the two major U.S. economic crises over the past 100 years–the Great Depression of 1929 and the Great Recession of 2007. There are two remarkable similarities in the eras that preceded these crises: both saw a sharp increase in income inequality and household-debt-to-income ratios. In each case, as the poor and the middle classes were squeezed, they tried to cope by borrowing to maintain their standard of living. The rich, in turn, got richer by lending and looked for more places to invest, bidding up securities that eventually exploded in everyone’s face.

In both eras, financial deregulation and loose monetary policy played roles in creating the bubble. But inequality itself–and the political pressure not to reverse it but to hide it–was a crucial factor in the meltdown. The shrinking middle isn’t a symptom of the downturn. It’s the source of it. How we deal with it may become the most crucial factor in whether we can hope for a lasting recovery. 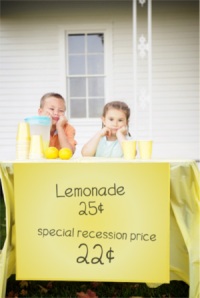 via Struck in the Middle – TIME.